​Sensei Edson Carvalho is a native of Bahia and because he already had a large following and respected name in Rio de Janeiro, he was able to command a greater interest and his fellow citizens' great admiration thus he was the catalyst for the growth of Jiu-Jitsu in Bahia.

read what our students say about us

Competitions were taking place everywhere in Bahia and they were great incentives for fighters who wanted better performances and greater competitiveness; all with a healthy and positive balance.

Their objective was to manage the growth of the sport in Bahia different from other states. After all, they had an extensive historical and strong influence from the discipline of Judo in their backgrounds.

The difference is in the slogan of JJFB: " Jiu-Jitsu Against Drugs". A philosophy of discipline and respect among the participants, athletes and leaders is followed not only by JJFB but for all that join Team Carvalho anywhere in the world

You are family!!! Come in and make yourself at home.

Since 1994, the year of its foundation, Team Carvalho has become renowned in the field of martial arts. This victorious ascent started with Sensei Ricardo Carvalho’s initiative when he decided to start his own academy because of the large number of students he had.

​Previously, in 1989, his brother — Sensei Edson Carvalho — had left to fight in Rio de Janeiro, Brazil, where he quickly attained and established great fame. So with intentions to honor his brother Sensei Ricardo Carvalho named the academy after him.

At that time, Jiu-Jitsu was being promoted in the state of Bahia in Brazil, although the largest concentration of fighters was in Rio de Janeiro, São Paulo, and the city of Manaus in the state of Amazonas. 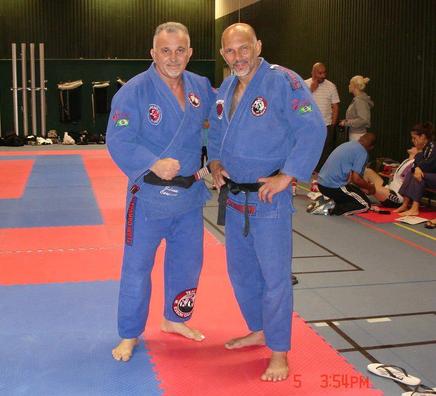