It all started in the city of Salvador, BA. That was the backdrop for the birth of a champion. His father Prof. Ciro was his first teacher; Edson Carvalho was practically born inside the world of Martial Arts and thus the seed of a champion was planted. ​

He lived downstairs in the building the housed the Itapagipano Judo Club, managed by Prof. Ciro and under supervision of Sensei Kazuo Yoshida, Edson started training at 4 years of age. At age 14 he had already developed his own technique and honed his knowledge to the point of becoming assistant teacher and instructor. He hasn't stopped ever since.

After winning several titles in his home state, Edson Carvalho went to Rio de Janeiro in 1989, there he met the famous Prof. Mehdi, with whom the perfected his technique, didactics and knowledge. While living in Rio, Edson Carvalho competed for the Flamengo Club as well as the Carlson Gracie club in Brazilian Jiu-Jitsu championships. He has an offensive style of fighting that blends techniques of projection, with emphasis on ground fights. Edson Carvalho is a formidable challenge to his opponents in any circumstance. His accomplishments are results of his classical training and carry the victory of unforgettable fights.

Edson Carvalho traveled to most countries, competing, teaching and training in countless international Dojos. The quality of his technique and his great knowledge are sought after and admired by many competitors and athletes in the Martial Arts world.

Nowadays, Edson Carvalho continues to actively train, compete, and teach, in addition to being a teacher and trainer for several Law Enforcement agencies. He works with male and female police officers, SWAT teams and members of the Armed Forces. 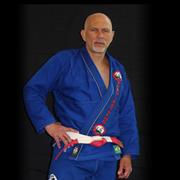